A new advertisement has been published in the November 2016 issue of BBC Sky at Night magazine. It promotes the Meade LX90 ACF series of telescopes, the Meade Stella Wi-Fi Adapter and the Meade LPI-G cameras. 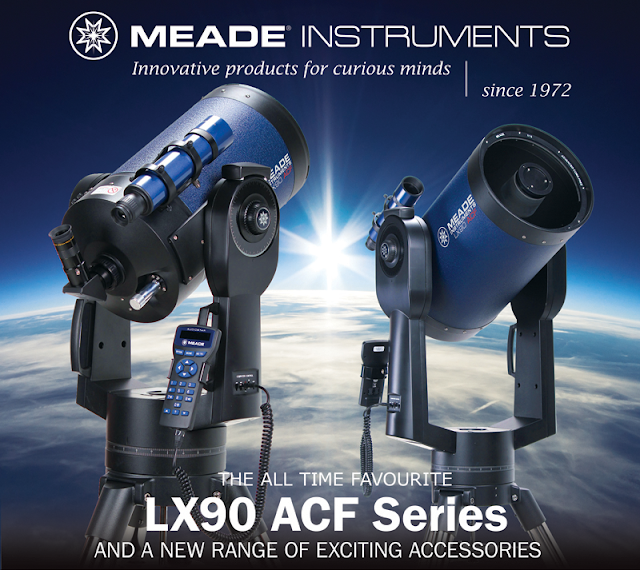 The LX90 telescopes use Meade's advanced coma free (ACF) optics for razor sharp views to the edge of the field of view. From aperture sizes between 8" to 12" it is the most affordable yet serious telescope for the advanced amateur astronomer.

Stella allows the user to control the LX90 telescope remotely using a smart phone or tablet. It can also be used with any Meade telescope that is controlled with an AudioStar, AutoStar II or AutoStar III handbox controller.

The printed advert appears in the magazine as shown below. 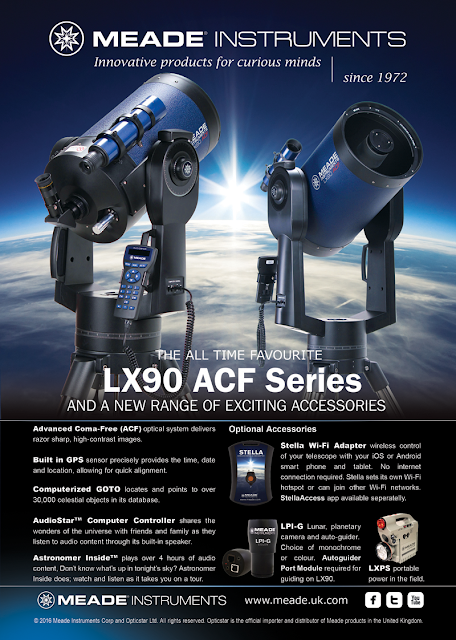 Find out more about the Meade LX90 ACF telescopes at:
www.MeadeUK.com/Meade-LX90-ACF-telescopes.html

Find out more about the Meade Stella Wi-Fi Adapter at:
www.MeadeUK.com/Meade-Stella.html

Find out more about the Meade LPI-G cameras at:
www.MeadeUK.com/Meade-LPI-G-Cameras.html