A new advertisement has appeared in Astronomy Now magazine. it promotes the LX850 series of equatorial telescopes. 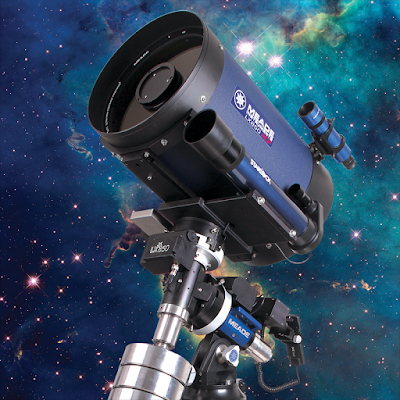 The Meade LX850 telescopes are the best in their class. Sky & Telescope Magazine had the following to say about these telescopes: "The LX850 Astro-Imaging System is a quantum leap forward. It has done for deep-sky astrophotography what Go-To telescopes did for observing".

The printed advert appears in the magazine as shown below. 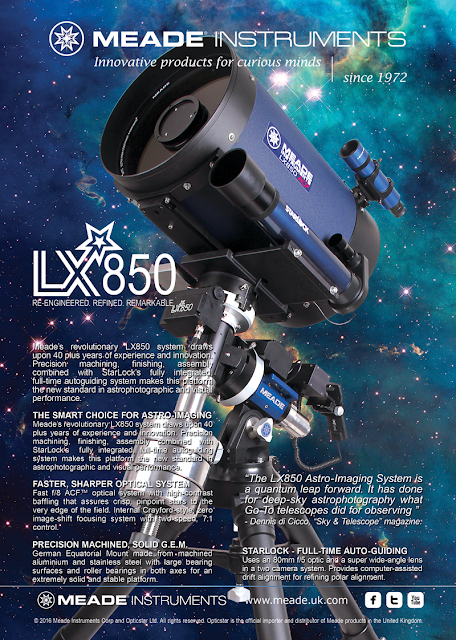 Find out more about the Meade LX850 ACF telescopes at:
www.MeadeUK.com/Meade-LX850-ACF-telescopes.html