The Meade UK news section has moved to: www.MeadeUK.com/News.html

Please bookmark the new location for future reference. Thank you. 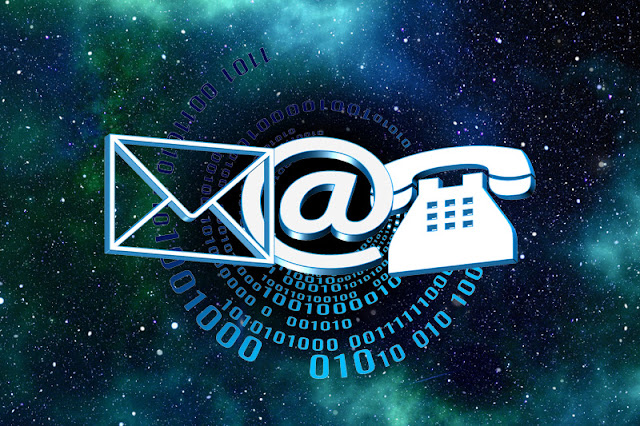 
The value of the LX600 comes as much from its timing as from its advanced technology.


Fork-Mounted Schmidt-Cassegrain telescopes have been around for more than half a century. That’s a sobering thought for those of us who vividly remember the first advertisements for them appearing in the pages of this magazine in the 1960s and their popularity growing almost explosively after Celestron introduced an attractively priced 8-inch model a few years later. By the early ’80s Meade too was building Schmidt-Cassegrains, and the familiar silhouettes of stubbytube, fork-mounted telescopes were ubiquitous along the skyline at every star party large and small. Schmidt-Cassegrains were the telescope to own whether your interests lay in visual observing, astrophotography, or both.

Frequent improvements, especially ones made for astrophotographers, occurred as Celestron and Meade volleyed design tweaks back and forth vying for market share, all the while keeping the telescopes priced within the reach of many amateurs. Nevertheless as the 20th century drew to a close and digital imaging replaced traditional film-based astrophotography, Schmidt-Cassegrains surrendered much of their dominance to optical designs, albeit expensive ones, better able to cover large digital sensors corner to corner with quality star images.

But times change, and now there are moderately priced DSLR cameras that perform exceptionally well under the night sky. As such, these cameras are making top-notch, long-exposure astrophotography once again something that falls within the budgets of many amateurs. And that’s fuelling a market for reasonably priced telescopes that work well for deep-sky photography.

Enter Meade’s new line of 10- to 16-inch LX600 telescopes. Designed specifically for deep-sky imaging, the LX600 series is everything that the previous generation of Schmidt-Cassegrain astrophotographers dreamed about and then some. And after months of testing a 10-inch model that we borrowed from the manufacturer for this review, I can confidently say that it’s the best telescope of its type that I’ve yet tested for astrophotography.

Meade touts “revolutionary new technology” for its LX600 scopes, but even the newest technology involved — StarLock’s automatic, full-time autoguiding — is a few years old. But that’s a good thing, since it means that it’s innovation that’s already survived the test of time. What is new, however, is how all this technology is wrapped in updated hardware designed from the get-go as a platform for long-exposure astrophotography. Here’s a quick look at the LX600’s major features.

Optics. Meade avoids calling the LX600 a Schmidt-Cassegrain, using instead the acronym ACF for Advanced Coma-Free optics after a change the company introduced to the traditional Schmidt-Cassegrain optical design more than a decade ago. In addition to being photographically faster than the original f/10 Schmidt-Cassegrain design (which Meade still offers in its other telescope lines), the f/8 ACF produces nice, round star images across full-frame DSLR cameras. My review of Meade’s then-new design, which was introduced under the moniker RCX but later changed to ACF, appears in this magazine’s February 2006 issue (page 78), and includes side-by-side comparison images made with 12-inch versions of the original f/10 and new f/8 optical systems. There’s no question that the ACF optics perform better for deep-sky photography.

The LX600 optical-tube assembly (OTA) has an improved mounting system for the primary mirror that virtually eliminates image shift as you focus the instrument. And there’s now a very smooth, dual-speed focuser that aids with critical focusing. But achieving precise focus, which is paramount for maximum imaging performance, still requires a delicate touch on the fine-focus knob, and many astrophotographers will want to use an optional electric focuser (models are available from Meade and other manufacturers).

Tripod, X-Wedge, and mount. While outwardly similar to other Meade scopes, especially the LX200 line, the LX600 is substantially more robust. Simply put, the 10-inch model I tested is the most stable 10- to 12-inch fork-mounted scope I’ve yet reviewed, with the possible exception of Meade’s long-discontinued 12-inch RCX400. And stability is what helps make the LX600 such a successful imaging platform.

But there’s a price to pay for this — weight. The complete telescope setup weighs more than 160 pounds (73 kg), including the 44-pound tripod and optional 28-pound X-Wedge (a must-have accessory for long-exposure astrophotography). The OTA and fork mount, without the StarLock guide scope and tube counterweights, tips the scales at almost 80 pounds. This makes it about 30% heavier than Meade’s corresponding 10-inch LX200 and almost 60% heavier than its 10-inch LX90. With StarLock and counterweights, the assembled scope weighs close to 90 pounds. Furthermore, it is an awkward scope for one person to set up despite four handles and two handholds on the fork and a single handle on the back end of the OTA.

To make assembling the scope more manageable, Meade has designed a nice system for separating the OTA and fork arms into pieces that, for the 10-inch, weigh 44 and 34 pounds, respectively. This helps, but it still makes assembly challenging for one person. Indeed, rather than getting bogged down with details, and despite the fact that I set the scope up by myself nearly two dozen times, I will just say that I don’t recommend it as a safe process for one person. Even with the OTA stripped to its minimum configuration (no finder, StarLock guide scope, or counterweights), I struggled to align the safety catches on the OTA’s declination trunnions with their mating pieces on the fork tines. It would be easier to do this with the scope set up for altazimuth operation, but with the fork tilted for astrophotography on the wedge, it’s an intimidating operation for one person. The real solution is to have a friend lend a hand when setting up the scope.

Autostar II. The brains for the LX600’s GoTo pointing (including catalogs containing more than 145,000 celestial objects), tracking, and a host of other advanced features are in the Autostar II control system, which has been on Meade’s high-end scopes for more than a decade. It is a mature system that works exceptionally well. Despite its sophistication, Autostar II is relatively intuitive and easy to operate in the dark with the hand control. You don’t need to keep a printed manual at hand, since even rarely used features are typically accompanied by instructions that scroll across the hand control’s 2-line LED display. There are far too many Autostar II features to write about here, but you can find many of the details in the 72-page LX600 instruction manual, which can be downloaded as a PDF file for free from Meade’s website (meade.com).

StarLock. This is really amazing technology, and it sets the LX600 apart from any other fork-mounted telescope on the market, bar none. In a nutshell, every time you slew the LX600 to a new target, StarLock automatically acquires a suitable guide star and begins guiding the telescope accurately enough for astrophotography. There is no need for an external computer or even so much as a button push of input from the user. The system is 100% autonomous. And it’s also non-intrusive, meaning you can go about using the telescope any way you want without interference from StarLock. The autoguiding begins within about a minute of the scope being moved to a new location (by either GoTo slewing or the observer pressing the direction buttons on the hand control), and it’s instantly overridden whenever the scope is moved to a new position by any means. A single red LED on the StarLock guide scope indicates when the system is autoguiding and you can begin shooting pictures.

StarLock also performs a variety of other tasks, including the precision centering of targets in the field of an eyepiece or camera; training the periodic error correction (PEC) of the scope’s motor drive; and refining the telescope’s polar alignment. I detailed StarLock’s performance in a review of Meade’s LX850 German equatorial telescopes in this magazine’s December 2013 issue, page 60, so I won’t rehash that material here other than to say I remain extremely impressed with the system.

I did, however, encounter a few differences this time. Most notably, unlike my previous experience, StarLock did not autoguide flawlessly “out of the box.” I first had to train the PEC and perform what Meade calls an Automatic Rate Calibration (ARC). These steps are highly automated, involving only a few button presses on the hand control and about 15 minutes of time. And since the PEC information is stored in the scope’s memory, you only need spend a couple of minutes running the ARC during subsequent observing sessions. In hindsight, it was my experience with the LX850 that was unusual, since Meade clearly states in the LX600 manual that these steps are “an essential procedure to obtain peak tracking accuracy.”

My original StarLock testing with the LX850 was under tranquil summer skies. Under similar conditions StarLock performed equally well with the LX600, but when the frequently turbulent seeing conditions of our New England winters eventually rolled around, StarLock had a good, but not perfect, track record autoguiding. To be fair, any autoguider will struggle under crummy seeing conditions, so I wasn’t surprised to have a few guiding failures now and then.

Overall I was very impressed with the LX600. As someone who started doing deep-sky photography with an 8-inch Schmidt-Cassegrain in 1972, I can tell you that back then the LX600 is what we all dreamed a “perfect” astrophotography setup would be like, except we never imagined computers controlling the telescope’s pointing and digital eyes doing the guiding!

I can certainly recommend the LX600 for anyone who has experience with a fork-mounted Schmidt-Cassegrain telescope, especially one polar-aligned for astrophotography. You’ll be right at home with the LX600. And because Meade still includes accurate setting circles on the LX600, virtually any method you want to use to polar align the scope will work (something that can’t be said for any of today’s scopes that have dispensed with mechanical setting circles).

I’d be equally enthusiastic about endorsing the LX600 for beginning astrophotographers if the scope’s documentation was a little better. For example, the all important polar-alignment instructions that are mandatory when setting up for astrophotography (the ones that scroll across the hand control), while technically correct, are almost physically impossible to do — you can’t point the OTA to declination 90° and look through the eyepiece while spinning the telescope “rapidly” on its polar axis. My neck hurts just thinking about it. Nevertheless, beginners have surmounted these obstacles in the past with fork-mounted scopes, and I’m sure they will with the LX600. And when they do, they will be amply rewarded with a robust astrophotography setup that is incredibly powerful.

Dennis di Cicco has been writing about equipment in the pages of Sky & Telescope for more than 40 years.